(Summary description)Speaking of the Mid-Autumn Festival, in fact, like other traditional Chinese festivals, it has slowly developed. The term "Mid-Autumn Festival" actually first appeared in the "Book of Zhou Li", but it was officially listed as a fixed festival in the early years of the Tang Dynasty;

(Summary description)Speaking of the Mid-Autumn Festival, in fact, like other traditional Chinese festivals, it has slowly developed. The term "Mid-Autumn Festival" actually first appeared in the "Book of Zhou Li", but it was officially listed as a fixed festival in the early years of the Tang Dynasty;

It seems that the earliest moon cakes (or cakes) are not just the color and taste of today, but just a "round cake" with special meaning. In addition to eating mooncakes today, we still have to have a beautiful wish for reunion, and we must also be pleasing to the eye. Now the moon cake is summarized in eight words: it is colorful and colorful. Not only can it be divided into Beijing-style moon cakes, Cantonese-style moon cakes, Soviet-style moon cakes, table-type moon cakes, etc. according to the place of origin, it can also be divided into sweet, salty, salty, and spicy flavors according to taste, and of course, it can also be divided according to the filling. For bean paste, five kernels, black sesame, ham, egg yolk, lotus seed moon cake and so on. In short, once these delicious moon cakes are paired with lace in the final production process, and then wrapped in gold, silver and silver, they can be transformed into delicious and eye-catching festive must-have food.

Since eating moon cakes on the Mid-Autumn Festival is a traditional custom in China, moon cakes are considered seasonal food. Should we eat them? The answer is of course to eat. So how should moon cakes be scientifically reasonable? What should we do with the mooncakes that cannot be eaten so that we can only have joy and no worry? This is what I will explain in detail below.

First of all, moon cakes (except sugar-free moon cakes) are high-sugar, high-fat, high-calorie foods from a nutritional point of view. The reason why moon cakes are sweet and delicious, soft and smooth, is inseparable from the two raw materials of sugar and oil.

High sugar can make the moon cake taste sweet on the one hand, and it can exert antiseptic effect on the other. Because sugar itself is a natural preservative, like the preserves and jams we usually eat, it is the reason why it can be preserved for a long time. Therefore, the kind of moon cakes with very sweet flavor in the past, such as those filled with red bean paste or jujube paste, are more resistant to storage, and generally stored at room temperature for ten days and a half months without problems. However, if it is sugar-free moon cakes with sweeteners, some preservatives must be added, especially sugar-free moon cakes with a lot of water. The ability to inhibit bacteria is poor, so it is best to eat these sugar-free moon cakes immediately Off.

In addition, the reason why moon cakes are soft is that they are rich in fats, in addition to the water in them. Generally, these oily moon cakes seem to be softer. Generally speaking, these high-fat mooncakes are not easily deteriorated by air oxidation within a week or two. If the moon cake is packed in vacuum packaging or nitrogen flushing, it will be less likely to produce an unpleasant "clam flavor", and such moon cakes can also be stored longer.

We know that 1 gram of sugar can produce 4 kcal of calories, and its heat production capacity is equivalent to protein, while 1 gram of fat (whether vegetable or animal oil) can generate 9 kcal of calories. More than twice as much, so delicious small snacks such as moon cakes are high-calorie foods. Excessive consumption can easily make the body fat. We should still consume the appropriate amount in separate sessions.

So how should we eat moon cakes to be healthier?

1, the principle of a small number of times

If you can buy some “mini mooncakes” when buying mooncakes, if you buy larger mooncakes, you can also cut and share with family or friends while eating. In short, try to reduce the amount of each intake.

If you pass the Mid-Autumn Festival and there are moon cakes in stock at home, you can use them as part of your breakfast. Because the high calories provided by mooncakes are easily consumed in the morning's busy study and work. So it ’s not bad to have a glass of milk, two slices of bread, a moon cake with one or two vegetables, and fruits for breakfast.

3. Treat moon cakes as snacks on the way to work or on business

Some moon cakes are valuable snacks after all (compared to ordinary biscuits and bread), and they can also serve as "energy backup tires" when your body needs them. We can't just think of them as "energy bombs" because of their high oil and sugar. As everyone knows, any food has two sides, and food is delicious.

4, try not to choose moon cakes for dinner or supper

The main reason for avoiding moon cakes is because the amount of activity at night is reduced, so they are more easily converted into fat in the body, and not eating moon cakes can effectively avoid excess energy.

Finally, let us discuss together, what should we do with the moon cake that can't be eaten?

First of all, from the above we know that eating moon cakes in the Mid-Autumn Festival is actually more about tasting culture, so since "tasting" is mentioned, then we can literally know that we should have confidence in the early purchase. Come out. Then if it is a gift from someone else, if you accidentally give too much, it is best to transfer it to other relatives and friends immediately before the holiday, without taking too much into account. Especially nowadays, some moon cakes are actually very expensive. I believe that some people are still reluctant to spend money on moon cakes, such as many property cleaners and city cleaners around us. So if they can receive your holiday gift, each other will surely feel happier in their hearts, which will count as a true harmonious society! In addition, even if you ca n’t make time before the festival, after the festival, there are indeed a lot of moon cakes in the family, you can still bring them to other colleagues and friends, and share them together.

Secondly, if there are not many moon cakes left at home, the family can completely enjoy them within a period of time. Then, I suggest that you don't prevent storing mooncakes that are not eaten temporarily in the freezer of the refrigerator, so that you can extend the shelf life and eat slowly.

Finally, there are other ways to eat leftover mooncakes, such as: crushing mooncakes into slag, and eating them as dumpling fillings or sugar fillings of sweet beans is also a good choice; or add some mooncake fillings to make sweet porridge when making porridge It can also be used as a mixed vegetable and put some moon cake residue, so there is no need to add white sugar.

Scan the QR code to read on your phone 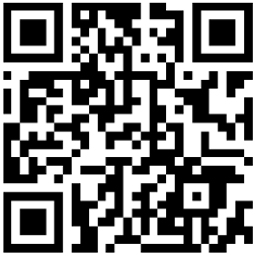